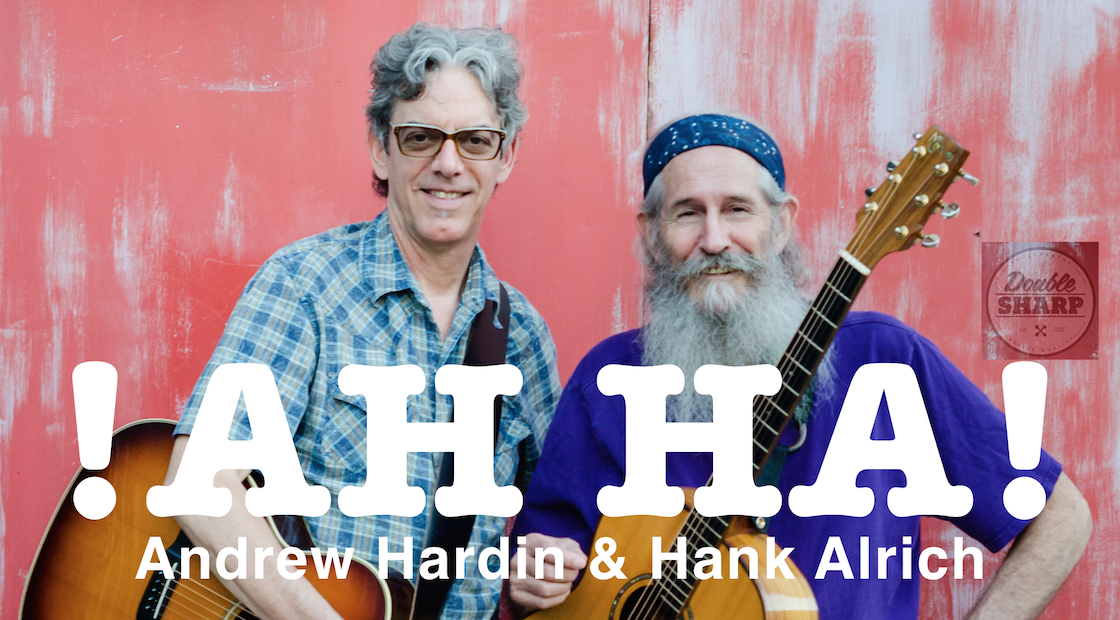 Andrew and Hank met at Folk Alliance International 2008 in Memphis, Tennessee, as they stepped on stage from opposite sides to accompany the late Tasmaniana devil Audrey Auld. They had never seen each other, let alone ever played a note of music together. Little did they suspect how well this was going to work.

In April 2015 Hank put together their first billing as !AH HA!. From the first count-off they had too much fun to turn back, and that was that.

This is a match made in musical heaven, a mix of masters where casually elegant musicianship supports grooves under lyrics that will intrigue one’s mind. This is contemporary acoustic folk rock of a high order.